The mammary gland undergoes most of its development after birth, and large remodeling and architectural changes occur with each reproductive cycle. In addition, it is known for over half a century that the mammary gland can be serially transplanted into recipient mice (1), indicating the presence of Mammary Stem Cells (MaSC) in this tissue.

Organ size control is a long-standing question in biology. In mammals, using conditional cell ablation, two mutually exclusive mechanisms involving either intrinsic or extrinsic programs have been described to control organ size. The mammary gland is an ideal model for such studies, since it undergoes size and morphological changes during puberty and pregnancy. The role of stem cells in controlling mammary epithelial tree size is unclear, although MaSC are able to reconstitute a functional organ upon transplantation. We have shown that mammary gland cellularity was strictly dependent on MaSC number, even following a 20-fold expansion of the mammary stem cell pool at puberty and transient 3-fold expansions with each pregnancy. In addition, the expansion of the MaSC pool was hormone dependent, as demonstrated by female bilateral ovariectomies during puberty and transplants of male-derived cells into female recipients. In these transplants, apart from a MaSC expansion, we also observed the donor cells reconstituting functional mammary glands, developing alveolar structures, and secreting milk after the recipient’s parturition. Taken together, these data suggest that in the mammary gland, there is a third organ size control mechanism, combining intrinsic cues throughout the organism’s lifetime, with extrinsic hormone signals at particular developmental windows (puberty, pregnancy), where an expansion of the MaSC pool occurs. This mechanism might have strong implications for the understanding of mammary tumorigenesis, since the expansion of the MSC pool precedes the generation of breast tumors (2). 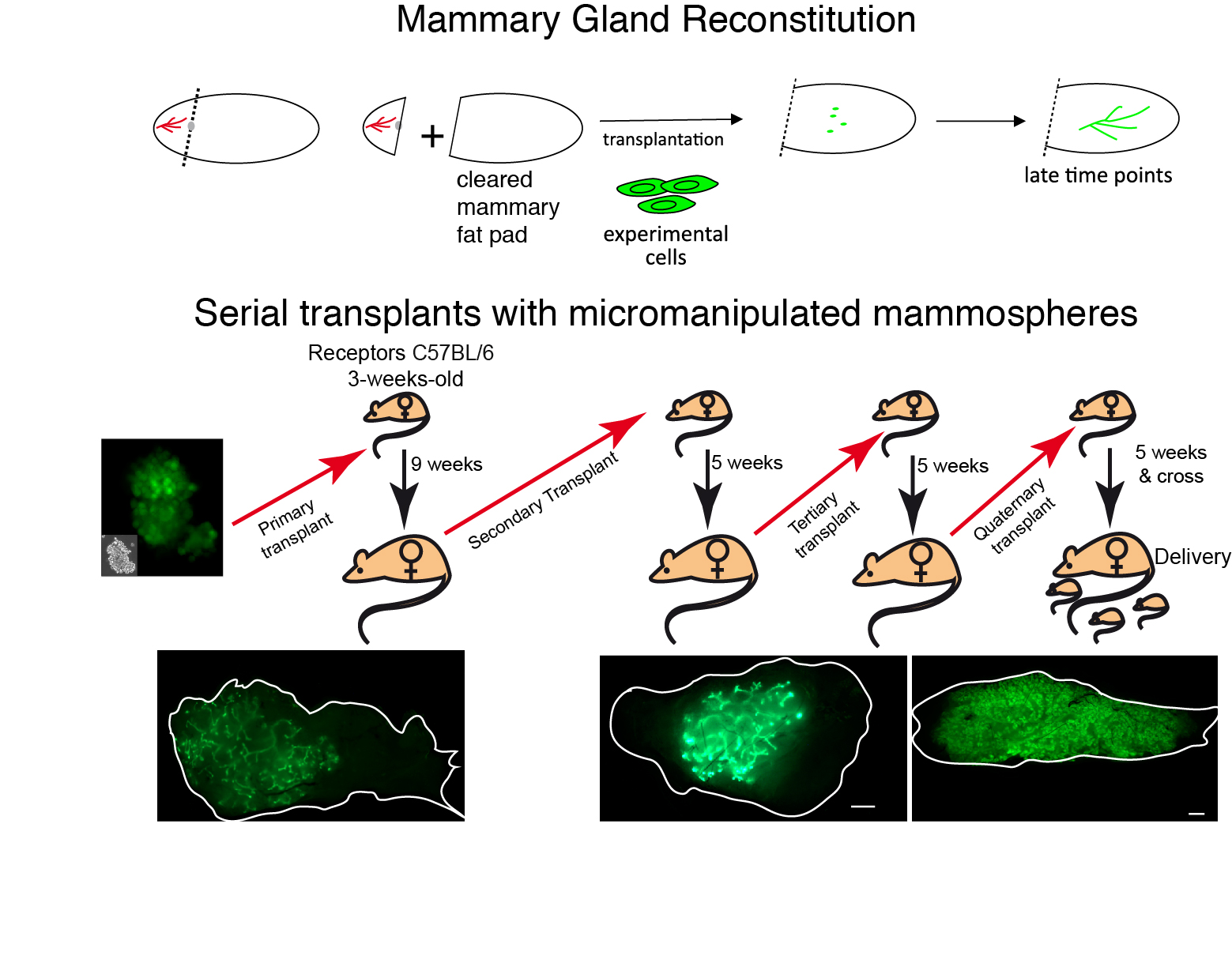 Figure 1 Phase contrast micrograph of grown mammospheres, which can be micromanipulated and single mammospheres transplanted serially in primary, secondary, tertiary (not shown) and quaternary transplants, demonstrating that they contained at least one MaSC.

We determined that during puberty there is a 20-fold expansion on the MSC number, concomitant with a similar increase in the total epithelial cellularity. This was followed by a 3-fold transient expansion following each pregnancy cycle, with a retraction of the MaSC pool after involution (see Figure 2). The expansion during puberty is dependent on sexual hormones (estrogens and/or progesterone) since i) ovariectomy of the females at different times throughout puberty blocks MaSC expansion at the time of surgery, and ii) individuals lacking the appropriate concentration(s) of estrogens and progesterone (males) do not undergo MaSC expansion, although their MaSC are able to expand a generate a fully functional mammary gland when transplanted into recipients with the appropriate estrogen and progesterone concentrations (females) (see figure 3). 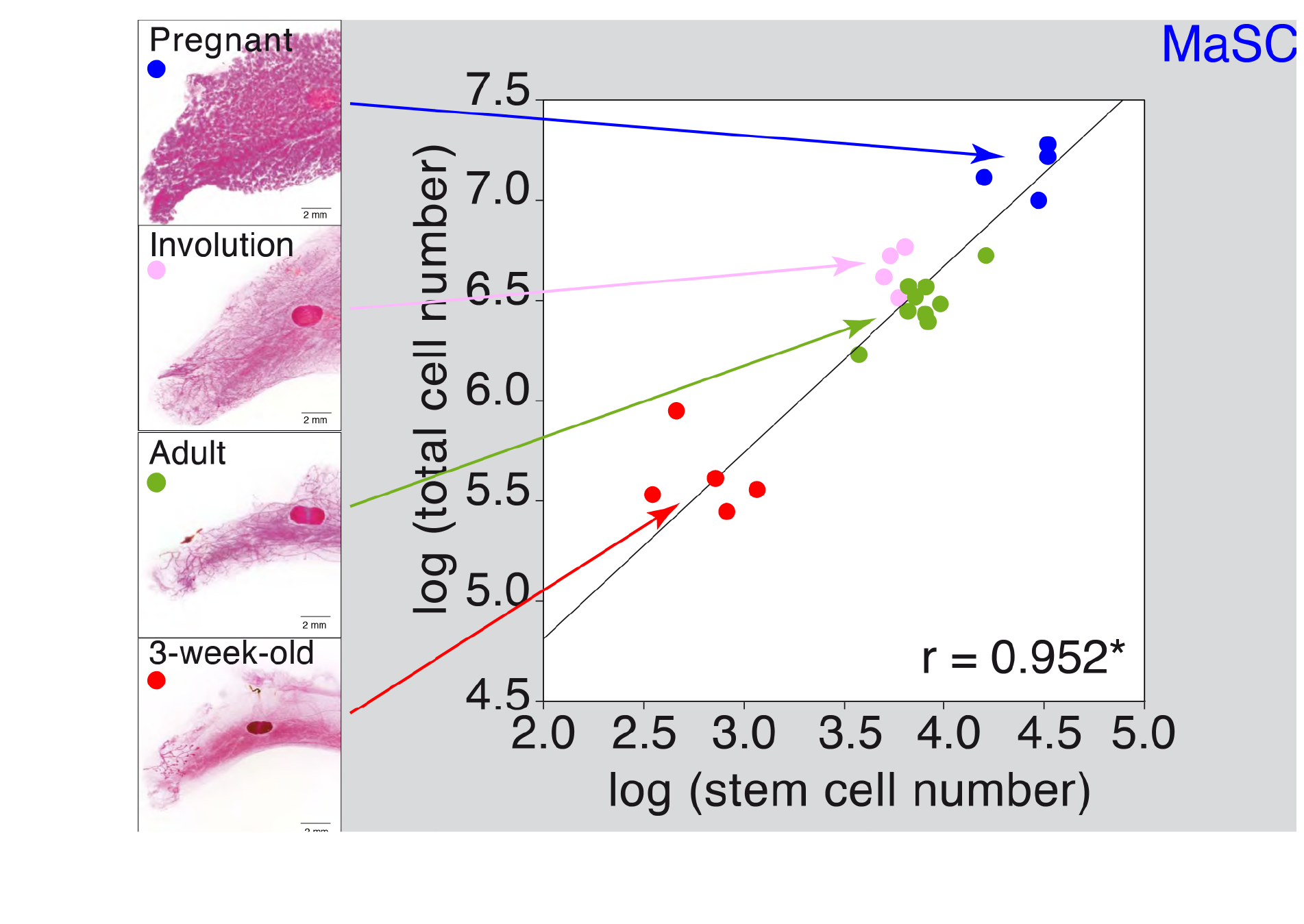 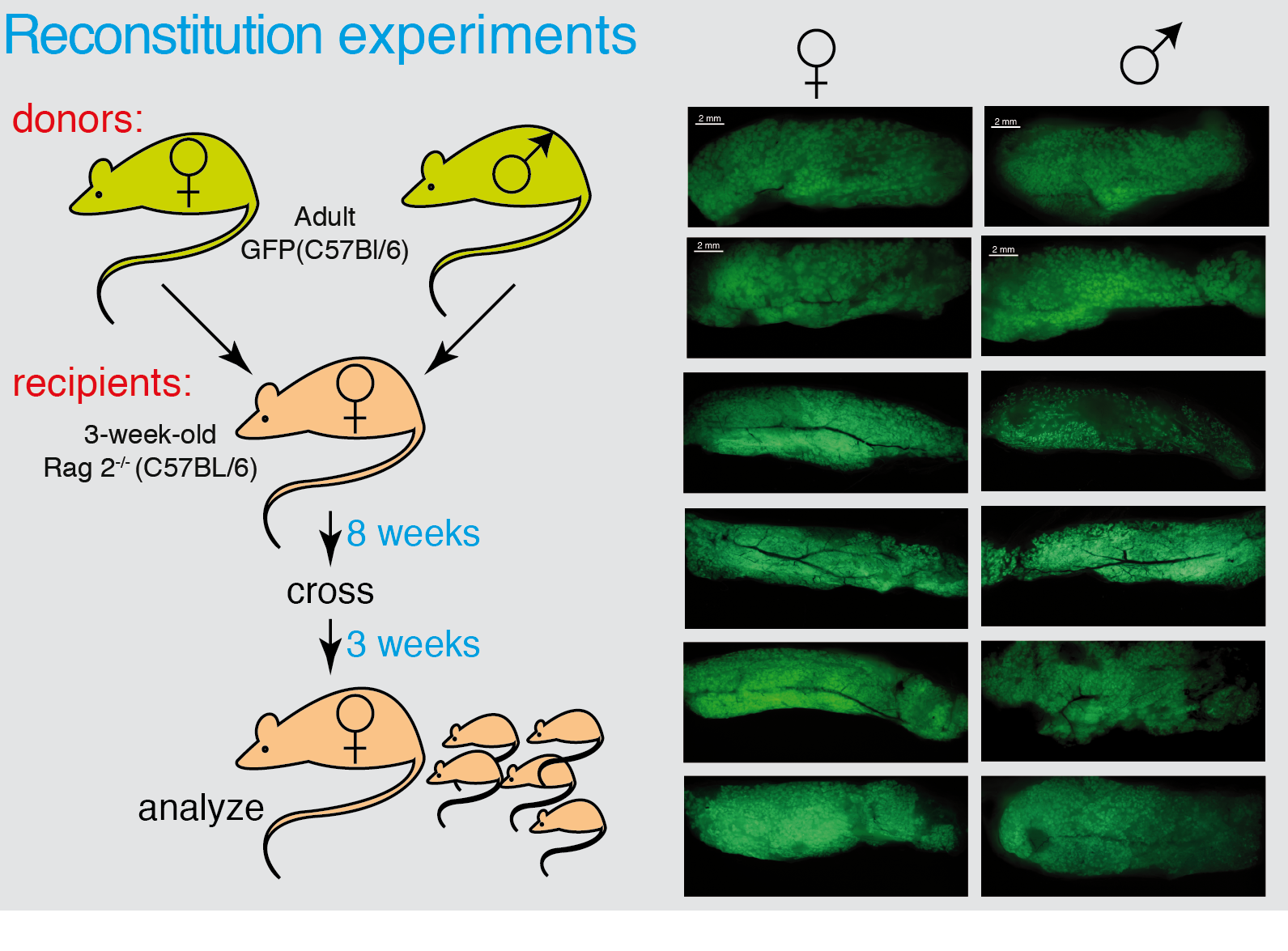 Figure 3 Male MaSCs are able to reconstitute a functional mammary gland. Whole mounts of male mammary glands transplanted with GFP-donor cells from female or male analyzed under UV light in a dissecting microscope.

The strict interdependence between stem cell number and total cellularity suggested that in the mammary gland, there is an intrinsic program controlling the size of the mammary epithelial tree similar to the one described for the pancreas(7). These data, however, were at odds with transplantation experiments where a functional mammary gland could be reconstituted from a single MaSC (3), which would rather be compatible with a mechanism of organ size control strictly relying on exogenous cues, as described for the liver(7). These data allowed us to hypothesize a third mechanism of organ size control, combining intrinsic cues with extrinsic hormone signals (Fig. 6). Intrinsic signals would be transmitted during most of the organism’s life, leading to asymmetric MaSC divisions and maintenance of a constant stem cell pool size. In particular developmental windows, however, hormones controlling female puberty and pregnancy would act as extrinsic cues leading to a substantial increase in MaSC number. This would involve a switch from asymmetric towards symmetric MaSC divisions and a concomitant increase in organ cellularity. Such a mechanism might turn potentially relevant to understand mammary tumorigenesis, since it provides a cellular basis for the 100-fold decreased mammary cancer frequency in males as well as in prepubertal females, as compared to adult females (8), which might be related to the lack of hormone-driven MaSC expansion. Conversely, it might help explaining the increase in breast cancer incidence that accompanies pregnancy (9) or the decrease in breast cancer risk associated with ovariectomy. Taken together, these data argue for therapeutic interventions on breast cancer patients where the MaSC function or number is suppressed(10, 11).

Figure 4 Model describing the mammary gland epithelial tree size control . The mammary epithelium is still rudimentary at birth, containing only a few MaSCs generated during embryonic development. In the absence of estrogens (E) and progesterone (Pg), the stem cell number will be maintained throughout the organism’s life (ER-/- females, ovariectomized females, males) (cyan). At puberty, hormones induce symmetric MaSC divisions, increasing 20-fold their number (pink). Hormone signals during each pregnancy will transiently increase an additional three-fold MaSC number (red), returning after involution to values similar to adult females. The changes during the estrous cycle are not depicted.

Our current efforts aim to verify in vivo the implications of this model on mammary tumorigenesis.