Several researchers from the Centro de Investigaciones Biológicas (CIB-CSIC) have participated in different events organized for the International Day of Women and Girls in Science, with conferences and workshops primarily addressed to students.

The Director of CIB, María Jesús Martínez, gave the talk and workshop "Mushrooms and enzymes: tools for the design of sustainable processes" on February 11th at La Nave (Madrid), where she showed the essential role of fungi in nature for the recycling of organic matter and its potential use for the exploitation of waste from agriculture, industry and other human activities.

The same day, three researchers, representing different stages of the research career, visited the school CEIP Ermita del Santo. María del Carmen Risueño, Professor emeritus, presented the talk "Without plants there is no life" to the children attending first and second year of infant education. Beatriz Villarejo, a predoctoral student, and Patricia Boya, a scientific researcher, developed a chromatography workshop with third grade students of infant education, a gradient of sucrose with third grade primary school students and a DNA extraction with those at sixth grade, allowing more than 250 children experiment with different facets of science. 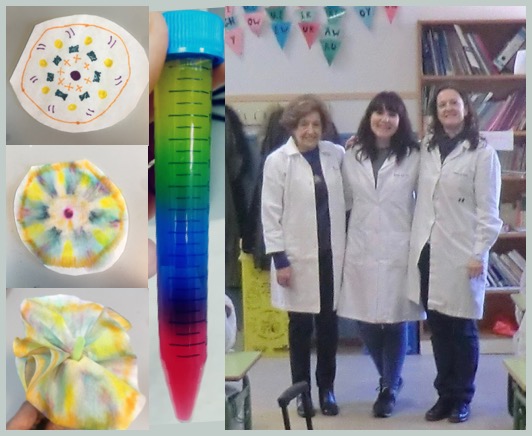 Dr. Nuria Campillo participated in the cycle of talks that the San Ramón and San Antonio School organized on February 13th to celebrate the International Day of Women and Girls in Science. She presented the conference "¿Cómo ser un fármaco y no morir en el intento?" to the students of fourth year of secondary education and first and second year of High School.

Dr. Teresa Suarez, Vice Director of CIB, imparted on February 15th the talk "My experience as a lab coat biologist" at the IES Lancia in León.

Prof. Flora de Pablo intervened in several television reports focused on the theme of women in science and issued on the occasion of the commemoration of February 11. They were a report of IB3 Noticies and another of La Sexta Noticias about the female Spanish scientist database elaborated by the initiative Constantes y Vitales.

Finally, Dr. Auxiliadora Prieto was selected as one of the female faces of the Consejo Superior de Investigaciones Científicas through the placement in the central campus of this institution of a banner that summarizes her work, focused on the design of bioplastics from waste industrial and urban.

At the Center for Biological Research, 53% of the staff is women.