The Structural Biology of Host-Pathogen Interactions group focuses in the understanding of the protein-protein interactions that mediate the communication between human beings and the bacterial communities to which we are continuously exposed. These interactions often involve bacterial pathogens, which attempt to evade the constant surveillance of human innate immunity and, specifically, the activated branch of the complement system. Our group studies other processes that are vital for bacterial cell survival in the human body as well as in environmental pools, including enzymes of the sugar and amino acid metabolism and sulfur mobilisation and trafficking. To this aim, we use a combination of advanced protein production techniques, X-ray diffraction, biochemical, biophysical, and computational chemistry methods to analyse snapshots of the protein complex interactions as well as their associated dynamic behavior, both of which underlie the functional outcomes of those interactions.

As a result of our participation in the European ComplexINC and the Complemento I (CM) consortia, we have recently co-founded a start-up biopharmaceutical company, Abvance, to deliver innovative antibody-based medicines for the treatment of immune disorders, inflammatory and neurodegenerative diseases.

The Structural Biology of Host-Pathogen Interactions group participates in the Interdisciplinary Platform (PTI) “Global Health” of the Spanish National Research Council (CSIC). Our laboratory is working on two research projects, DeCOV-DT and DALI5, aimed at the development of therapeutic and diagnostic antibodies and specific biologics for the prevention of COVID-19 induced acute lung injury.

Complement system of the innate immunity

The interactions that occur at the interface between the human host and the myriad bacterial microorganisms with which we come into daily contact constitute a topic of profound significance, both at a fundamental biological level and as an area of expanding medical interest. The complement system of the innate immunity stands as one of the first defence barriers against pathogens. It is a collection of soluble and membrane-associated proteins that monitor the blood and tissue interstitial fluids for pathogens, apoptotic cells and immune complexes. Pathogens have evolved sophisticated molecular weaponry that allows them to escape surveillance from the complement system, a strategy designated as immunoevasion. In this context, we are focused in elucidating the structures and mechanistic details of the complement system components and their protein complexes with virulence factors with immunoevasive properties.

Protein interactions at the heart of the defense against pathogens

The central component of the complement system is a large multidomain protein called C3, one of the most abundant proteins in the blood, and a central player in the defense of the innate immune system. When complement is activated on the surface of pathogens, C3 undergoes a series of transformations that lead to the covalent attachment of thousands of activated C3 molecules on the surface of the pathogen (opsonization). The main binding protein or opsonin is iC3b, one of the activated C3 molecules with a radically different structural organization. C3 deposition occurs so fast and so completely that within minutes the pathogen is surrounded by a maze of iC3b molecules. iC3b is recognized by CR3, a cell-surface receptor present in most immune cells including the macrophages and neutrophils responsible for eliminating pathogens by phagocytosis. The structure of the complex between iC3b and the domain αI of CR3 (Figure below) illustrates how the modular structure of iC3b plays a crucial role in creating the surfaces required for CR3 binding (Fernández et al. Nat Comm 2022). Since iC3b is attached to the pathogen surface and CR3 to the immune-cell surface, the complex models the dense cell-cell interactions required for efficient recognition and destruction of pathogens by the immune system. 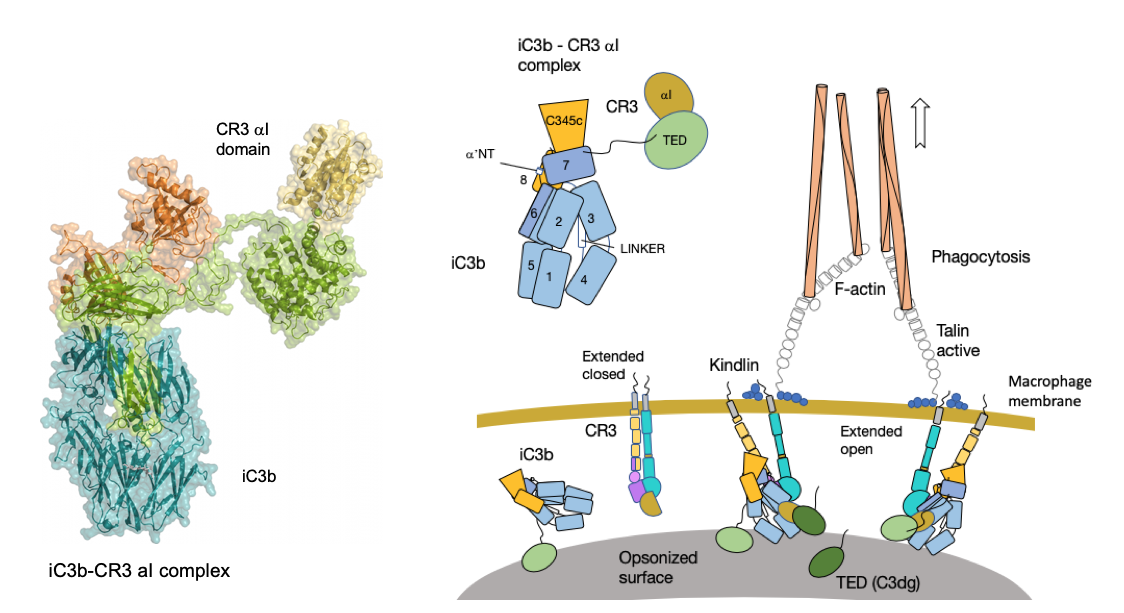 GAPDH, an essential glycolytic enzyme central to carbon and energy metabolism, stands as a highly interesting moonlighting protein with the capacity to function as a virulence factor (Fernandez et al. Sem Cell Dev 2019) . In this pathogenic role, GAPDH can bind to several human complement factors thereby interfering with the natural defence barriers put forth by the human innate immunity. Our group has contributed to establishing the immunoevasive role of bacterial GAPDH among various Gram-positive pathogens (e.g. S. pyogenes, A. vaginae, C. perfringens) (Querol et al. Front Microbiol 2018, 2019). These studies have paved the way for the discovery of novel antimicrobial agents designed to disrupt the interaction between GAPDH and the anaphylatoxin C5a and C3. Increasing our understanding of these processes at the atomic level is crucial for the development of potential treatments against bacterial infectious diseases.

We are interested in the development and improvement of new technologies and production tools for complex protein biologics using yeast expression methodologies and other eukaryotic expression systems. The ultimate goal of these toolkits, including two yeast-based toolkits developed in our laboratory, was enabling micro- and large-scale production of high-quality protein biologics for drug discovery and as biotherapeutics. The knowledge generated led to the creation of the spin-off company Abvance.

The extensive metabolic network that supports bacterial and fungal organisms and communities (commensal and pathogenic) contains an impressive repertoire of enzymes capable of synthesizing and metabolizing amino acids, carbohydrates and sulfur. In this line:  i) Sulfur trafficking is important for cellular fitness and organisms have evolved complex systems of interacting proteins with the task of mobilising sulfur atoms from the amino acid L-cysteine in the form of highly reactive persulfides (-S-S-). We established the reaction mechanism for the transfer of sulfur atoms across protein-protein interfaces (Fernandez, et al. ACS Catal 2017); ii) We also focused on the novo synthesis of pyrimidine nucleotides by studying the still controversial reaction mechanism of the precursor OMP synthesis catalyzed by OPRT. These are vital reactions conserved among all divisions of life. (Roca et al. ACS Catal 2021); iii) We used yeast peroxidases as a model of the resistance mechanisms of pathogenic yeasts to the phagocytic oxidative outburst (Gómez et al. Free Rad Biol Med 2019).

Improving methods for the production of therapeutic molecules 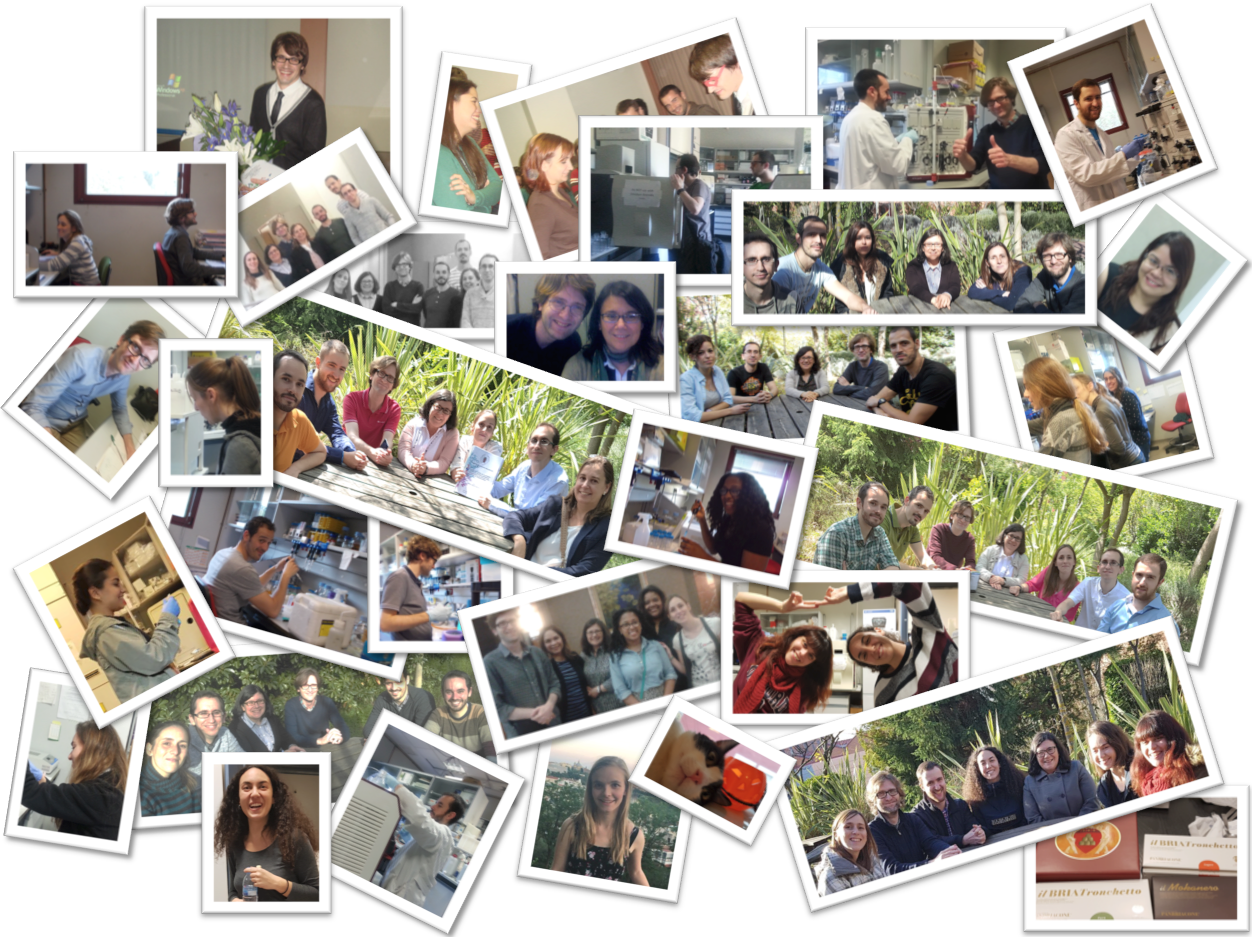 B.Sc. 1992 in Organic Chemistry Dpt. of the Chemistry Faculty (UB) in Barcelona.

Ph.D. 1997 in Structural Biology from UPC and CID-CSIC in Barcelona. 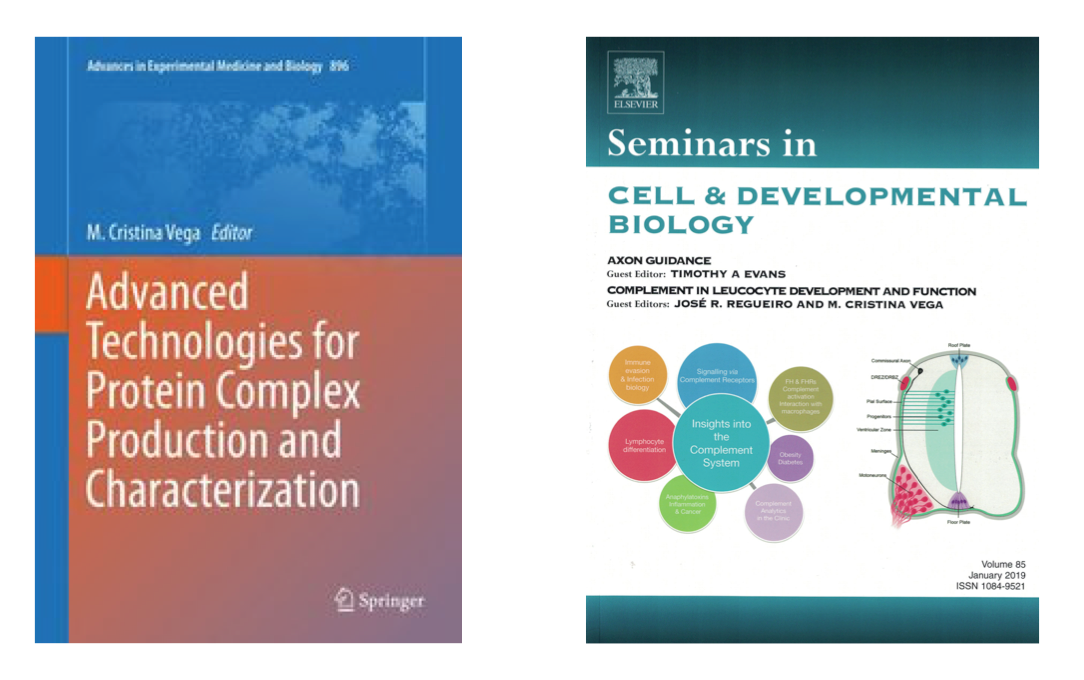